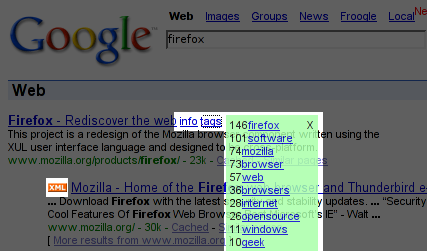 Hmm, I’ll look into it tonight.

thanks for this good script.

This also doesn’t work too well with Spiderzilla: the “info” link works, but the “tags” link doesn’t.

Ah, the HTML of delicious changed. The user script has been fixed. Try installing it again and seeing if it works.